Blog
Home All Blogs A little bit about Bing
All BlogsSEO

A little bit about Bing

Bing , formerly known by different names as Live Search, Windows Live Search and MSN Search is a search engine developed by Microsoft. It was released on 1 st June 2009.

The word “bing” is an onomatopoeia .

Microsoft said that this name was chosen because it was “memorable, short, easy to spell and it can function as a URL.”

In its final version, Bing offers the following search options:

According to Microsoft, this search engine is innovative in terms of algorithms, resulting in more relevant results, more organized and classified into thematic sections . In addition, new features have been added, such as price comparison .

The goal of this Microsoft search engine is to better compete with the supremacy of the giant Google , the absolute leader in this sector. This accounted for about 65.3% of market share on the date of April 2009.   At the launch of Bing , Microsoft has provided a communication budget of between $80 and $100 million.

This search engine is integrated into the pages of MSN and Windows Live. In July 2009, a partnership was established between Microsoft and Yahoo! This agreement provides that Bing’s algorithm provides the search engine Yahoo! Search Yahoo! portals.

In May 2010, Microsoft announced an alliance with the Canadian manufacturer Research in Motion (all competitors in the field of mobile operating systems) that provides for the integration of Bing as the default search engine in mobile devices such as Blackberry.

The advertising campaign by Microsoft is risky since spending two euros in the promotion brings them just a euro as operating income , therefore generates more than $ 2.5 million in losses as seen in the last year.

The performance of the industry search engine by Microsoft in September 2011 indicate worse outcomes again: since the creation of this division, the company has suffered more than $ 9 billion in losses .

Continuing the integration of data from social networks in its search engine Bing, Microsoft has added new features related to Facebook.

Now, users who use Bing associated with their Facebook account can view comments related to a search result and add their own. They can also “like” a post without leaving Bing and more specifically the “social bar” that appears on the right side of the page.

This bar was introduced last year with the ability to view contextual posts from not only Facebook, but also Twitter, Foursquare and Klout. Earlier this year, Microsoft had already changed its search for photos of friends via Facebook by adopting a layout inspired by Windows 8 and a slideshow mode. 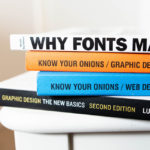 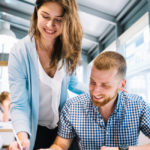 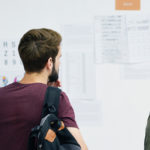 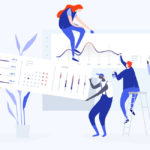 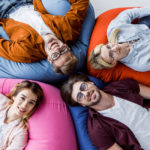 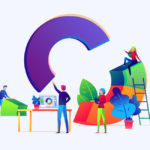